This website reports on the digging and cave exploration activities carried out by our caving club “Arbeitsgemeinschaft (short „Arge“) Blaukarst” in Hessenhau Cave and Seligengrund Cave in the Suabian Jura near Ulm. It was our goal to discover an access to the famous river cave emerging at the Blautopf Resurgence in Blaubeuren (second largest resurgence in Germany with an average discharge of 2300 liters/second and a maximal discharge of 32000 liters/second). 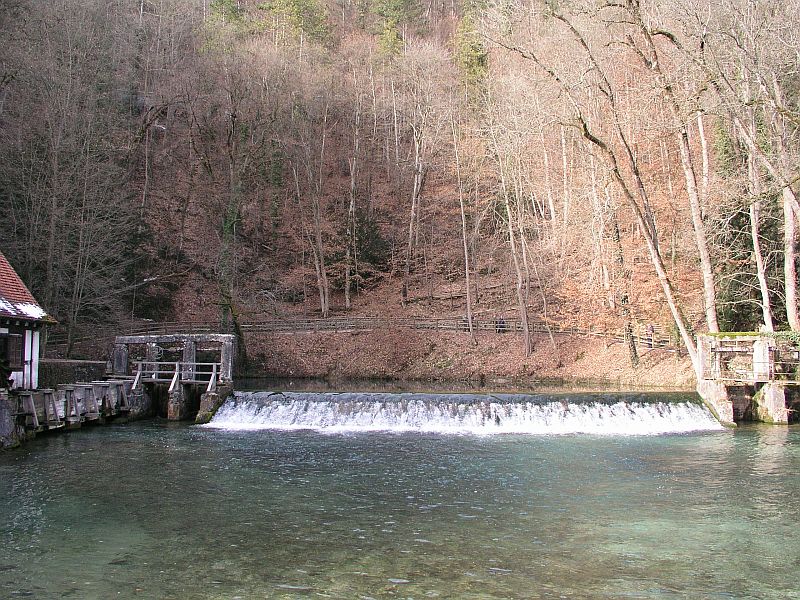 The Blautopf Resurgence in Blaubeuren

This goal was reached on 26 March 2011 in Hessenhau Cave! It has not been possible to establish a connection with known parts of the cave discovered behind Blautopf Resurgence (in German called “Blauhöhlensystem”) by cave divers from “Arbeitsgemeinschaft Blautopf “, however, on 21 April 2012 dye tracing proved that both caves are connected hydraulically.

More on the history of cave exploration by Arbeitsgemeinschaft Blaukarst